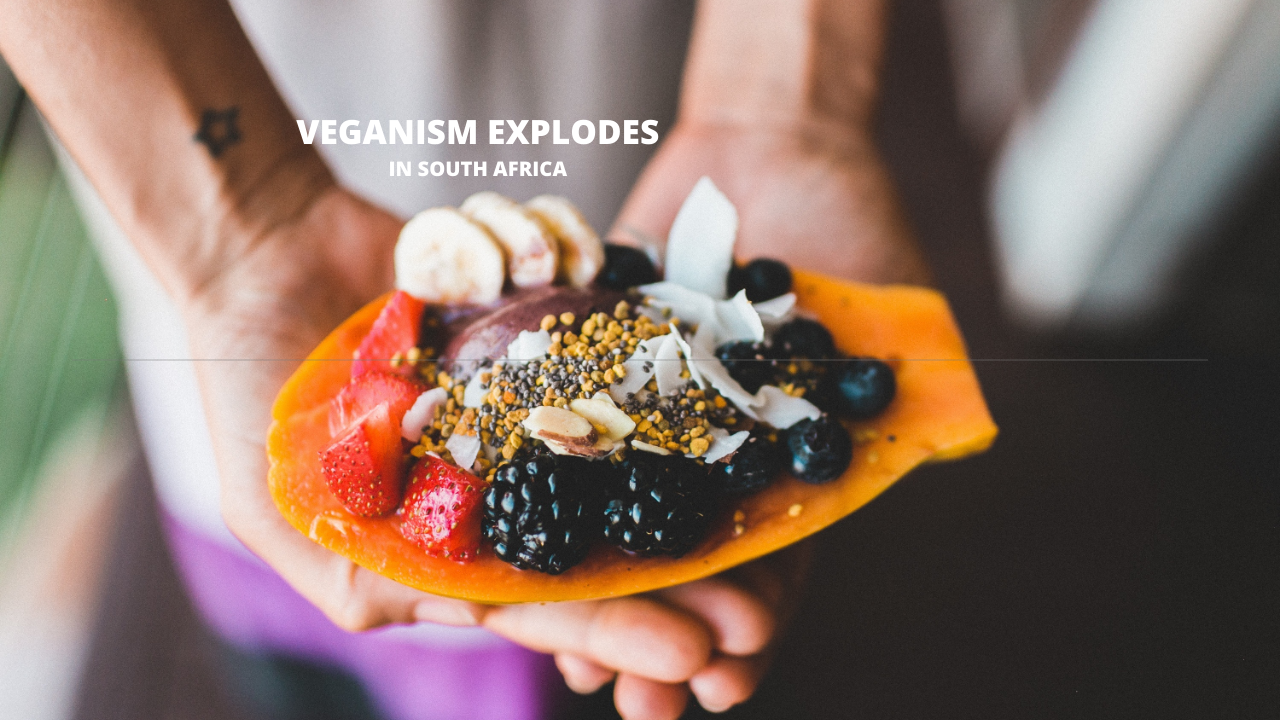 WOW, over the last few weeks VEGANISM really has kind of exploded in South Africa. I don’t know if it has to do with a certain documentary currently shown on Netflix or if South Africans are finally just ready to embrace a plant-based lifestyle.

I can hardly keep up with mainstream chain restaurants adding vegan options to their menus across the country and I think it’s great. To be honest I’m yet to try most of those new offerings, but I’m just happy that they do exist. Sometimes you are on the road and need a bite or just simply feel like something quick and convenient. Yes, it’s mostly junk food but it’s not like people dine at those outlets every day. With the extensive plant-based options available, people transitioning into VEGANISM will find it easier to dine out with family, friends and colleagues. Plus carnivores might be tempted to try out a vegan option at some point and will perhaps do so more often in the future. I always say each vegan meal helps and if a carnivore only eats plant-based once a week, it’s already a big step forward. This is exactly where those meal options come in. For us vegans, it’s the occasional junk food treat and for others an opportunity to taste food powered by plants. It’s fantastic to see that Mugg & Bean adds more vegan options to the menu and that SPUR introduced quite a few plant-based meals. I believe various chain restaurants have now added the famous Beyond Meat Burger products to their menus in South Africa and I’m sure more will follow suit. It’s no secret that all options containing the Beyond Meat range are quite pricey but again everyone has a choice. Order it or don’t order it. For people starting out the Beyond Burger can be fantastic as it really tastes like meat and some might miss that certain taste in the beginning. It’s the movement towards a kinder world that counts and we should appreciate the fact, that a meat-loving country like South Africa is slowly but surely becoming more aware of the meat and dairy industry and climate change. Let’s welcome anyone that is keen to learn more about VEGANISM and let us be great ambassadors. I’m sick and tired of nasty comments in some vegan groups on social media. Not everyone can quit their old habits from one day to the next. If we want a kinder world, we should show kindness at all times.

One thing that I need to highlight in this blog post is that we mustn’t forget our fully vegan restaurants (Cape Town, Joburg, Durban etc.).

Now that you can basically eat out as a vegan in most places, it’s easy to forget that some people have worked and sacrificed A LOT in order to get their vegan business going. It has come to my attention that some vegan eateries (Cape Town) are struggling a bit to keep their heads above the water and it’s more important than ever, that we continue to give them our full support. Whilst I feel it’s vital to have a big variety of vegan options available in mainstream restaurants, we gotta keep supporting restaurants that are a 100% vegan. By visiting a vegan eatery, you don’t just help keeping vegan places and the message alive but you can order anything from a menu without asking a million questions or fearing you might end up with something that contains meat or dairy by mistake. Let’s say you are en-route to Blouberg Beach in Cape Town and want to take a vegan meal down to the beach. You could stop at Spur or RoccoMamas to get a vegan burger or quesadilla. BUT you could also order via whatsapp from amazing Herbivorous Eats in Milnerton and choose from a fully plant-based menu that covers all taste buds and is affordable. If you are looking for a place in Cape Town that offers everything vegan from pastas to burgers and more all day long, please keep visiting PLANT Café. Not forgetting the new PLANT in Camps Bay, where you don’t just get served the most delicious food but where you can also enjoy the most gorgeous sea and beach views. While you are at it, visit Jessy’s Waffles right next door and show them some love. I mean who doesn’t like vegan and gluten-free waffles with colorful toppings?

Gourmet junk food cravings? We all have those days where we just feel like having junk food. This is where Lekker Vegan comes in. They’ve got you covered for those lekker junk food cravings and their long opening-hours are in favour of all you party animals. Choose between two branches: enjoy your vegan Gatsby either at the upcoming area around Harrington Street or enjoy a beverage of your choice and a yummy burger on vibey Kloof Street. Lekker Vegan is always busy getting new specials out, so don’t miss out on those. Hanging out more on the Sea Point side in the Mother City? Here you can find Scheckter’s Raw, a fully vegan restaurant that servers healthy ‘junk food’ with a twist.  Not forgetting restaurants like Balducci at the Waterfront, where you’ll find an extensive vegan menu and wine list.

Beluga Cape Town has also done an amazing job with vegan options, especially with their vegan sushi. Tofu Crunch is all I can say here 😉 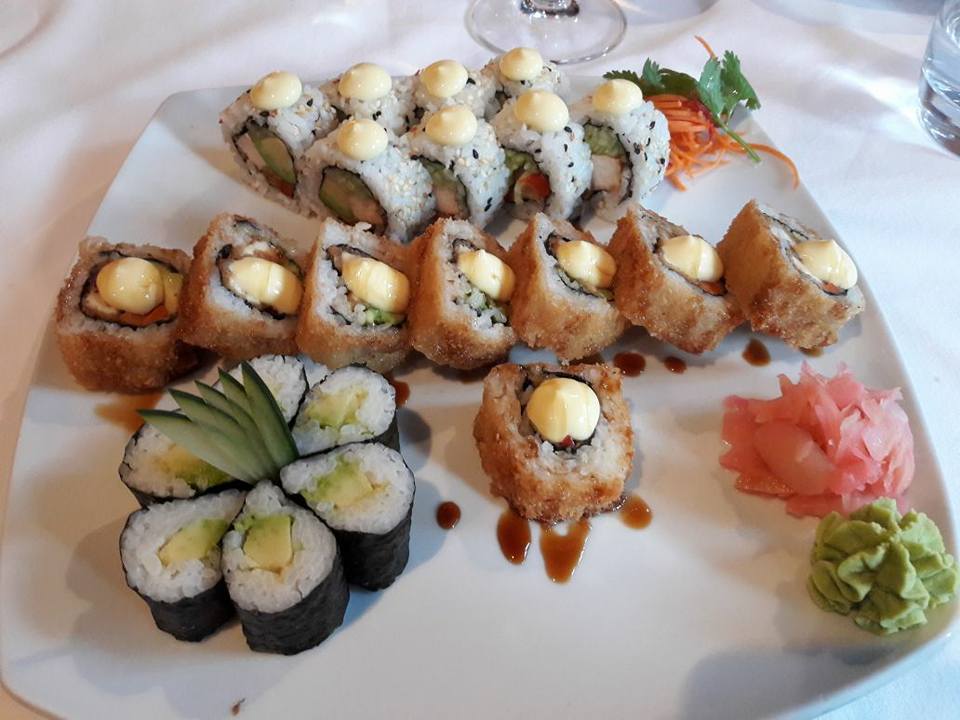 I can only touch on Cape Town here as I haven’t been to the fully vegan restaurants in Joburg, Durban, Port Elizabeth and so on but I urge you to keep supporting your local plant-based eateries and businesses, whilst the big chain restaurants are rolling out their vegan options.

Again, nothing against vegan options at mainstream restaurants as they are great when you go out with other people and can be super convenient. But I feel strongly about showing our love and support to those few people in South Africa that have built up their vegan business from scratch and excuse my language: worked their ass off!!!

Please tell us more about your favourite local vegan restaurant / business in South Africa, so we all know about it.

Antonia aka The Vegan Rainbow