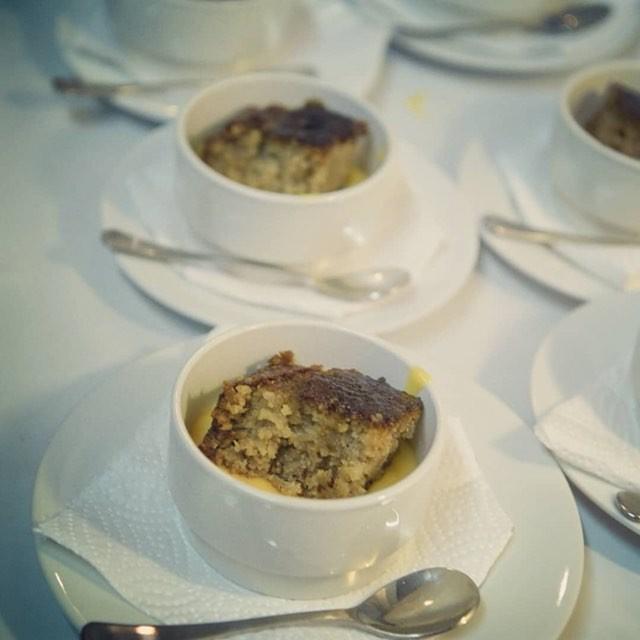 Hello again from The Vegan Rainbow.

I went vegan about 5 years ago and plant-based options in South Africa at that time were quite limited. Now we are in 2018 and the vegan scene in South Africa is buzzing like never before. As most of you know I live in Cape Town and the vegan community in the Cape is constantly growing. More and more plant-based “only” restaurants and cafés open almost on a monthly basis and even “main stream” restaurants and supermarkets are jumping onto the bandwagon and offer more vegan items.

The African continent is still behind if compared with other continents but this is where “African Vegan on a budget” comes in. Their mission is to spread the vegan culture more on the African continent. This happens by presenting healthy meals on an affordable budget.

African Chef Cola is from Zimbabwe and travels around Harare and Cape Town with more African and international cities soon to come, showcasing vegan A La Carte meals on a budget. The table usually seats 20 guests, allowing you to meet fellow vegans and non-vegans whilst enjoying some wholesome vegan food. I think this concept is absolutely brilliant. Chef Cola says the aim is to show that vegan food can be affordable, tasty and most importantly filling with nutritional value. Cola is not just working in your usual kitchen. She´s also part of Africa´s only female ranger squad based in Zimbabwe. Cola proudly joined forces with Akashinga as their head vegan chef not only on camp site but what they eat in the bush. Akashinga is under International Anti-Poaching Fund IAPF. 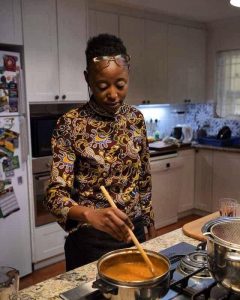 Chef Cola and her team were so kind to invite me to one of her pop-up dinners in Cape Town. This was my first ever pop-up dining event and I would do it again in a heartbeat. I was very excited to try vegan African cuisine and the food as well as its presentation didn´t disappoint. Karen and Patrick from “Green and Vegan” hosted the dinner in their beautiful Cape Town home. Definitely check out their Facebook page as they host a plant-based menu at their home in Greenpoint Village / Cape Town once a fortnight. Singles, couples, locals and visitors come together to share this eating experience and good conversations. Please note that Karen and Patrick are currently travelling Europe, returning to Cape Town later this year. Check this link for updates:https://www.facebook.com/GreenandVegan13/ 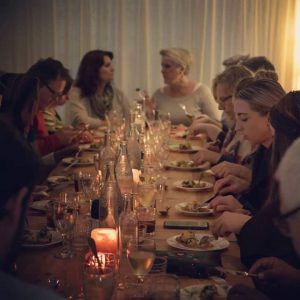 The menu of the night by African Chef Cola: 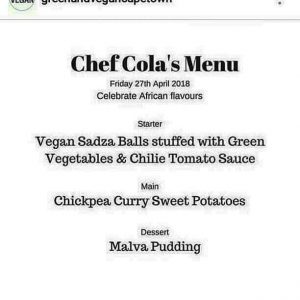 I loved the African touch to the dishes. The vegan Sadza balls had elements from the Zimbabwean cuisine and I found them very comforting and delicious. 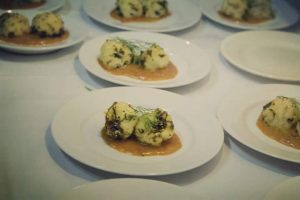 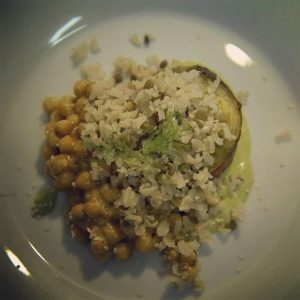 Let´s get to the real star of the show: the dessert. If you are South African or have visited South Africa, you know that Malva Pudding is a traditional sweet pudding that has a caramelized exterior and spongy interior. This South African favourite is usually served hot with custard and /or ice cream. Since going vegan I never had this sweet dessert ever again. Thanks to Chef Cola my “vegan malva pudding dreams” came true and I really loved this plant-based version. I guess the image speaks for itself. 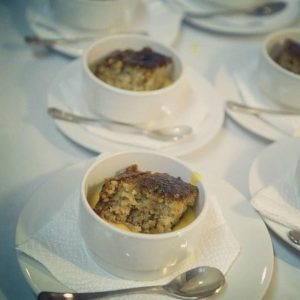 My verdict: I really enjoyed this experience from A to Z. The location, the amazing vegan food by Chef Cola and her fantastic team. Not forgetting the conversations shared with total strangers. Food connects people and the world needs more of this.

If you are visiting Cape Town (or Zimbabwe), or already live in Southern Africa, definitely check out the Facebook page to keep up to date with future events by African Vegan on a budget. https://www.facebook.com/chefcola/

Keen to try a four course dinner by Chef Cola? Cape Town, your next chance is coming up on the 23rd of July. SAVE YOUR SPOT NOW 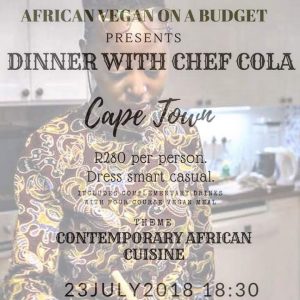 *Disclaimer: I´ve been invited by African Vegan on a budget to exeprience one of their pop-up dining events. All opinions in this article are my own.